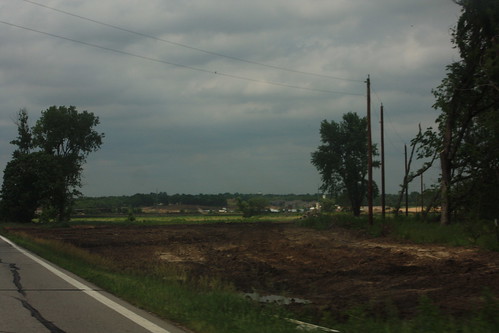 This is the view looking north on Haskell Avenue at the south end of the Haskell relocation. Haskell Avenue is being relocated as part of the South Lawrence Trafficway eastern leg. 14 June 2014 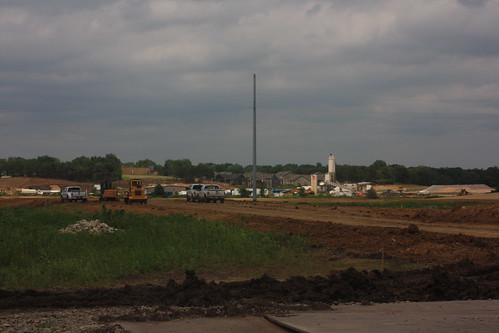 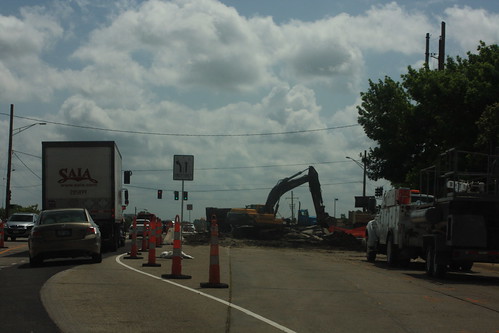 Construction is underway at the intersection of 23rd and Iowa in Lawrence. The southwest quadrant of the intersection is undergoing a full-depth rebuilding. As a result, eastbound Clinton Parkway is reduced to one lane adjacent to the westbound lanes, and there's a posted no right turn onto southbound Iowa. 16 June 2014 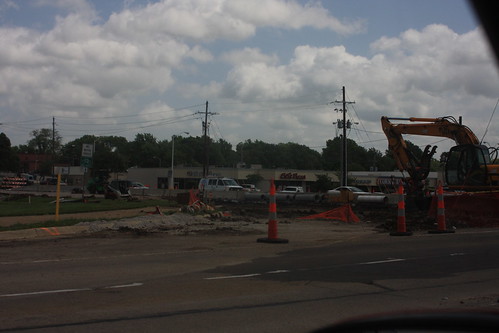 In the northwest quadrant of the 23rd and Iowa intersection, the southbound lanes of Iowa, as well as the slip ramp from southbound Iowa to westbound Clinton Parkway, have been eradicated. 16 June 2014 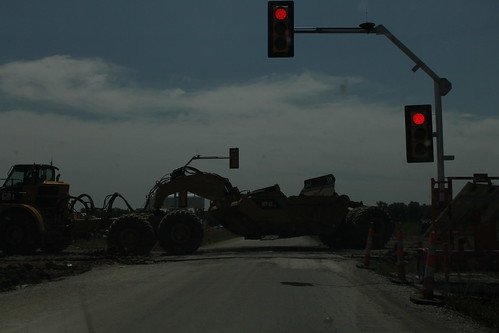 As part of the construction on the South Lawrence Trafficway, this pair of portable traffic lights were installed on O'Connell Road to allow construction vehicles to cross. 10 July 2014