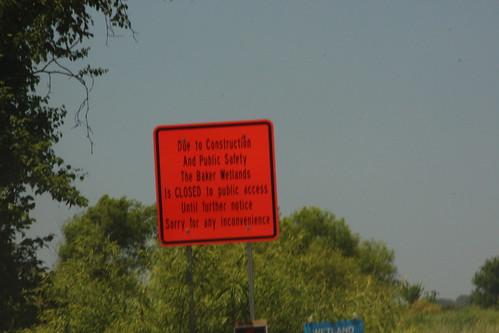 Due to construction of the South Lawrence Trafficway, signs have been posted at the entrances to the Baker Wetlands indicating that it is closed to the public until further notice. Although the stated reason is "public safety," it wouldn't surprise or bother me that there is a security component behind the decision. 10 July 2014 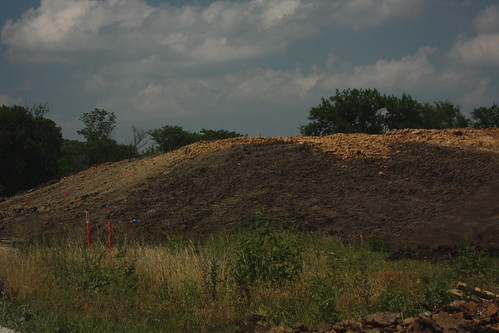 On the east side of O'Connell road, fill is in place where the South Lawrence Trafficway is slated to cross. 10 July 2014 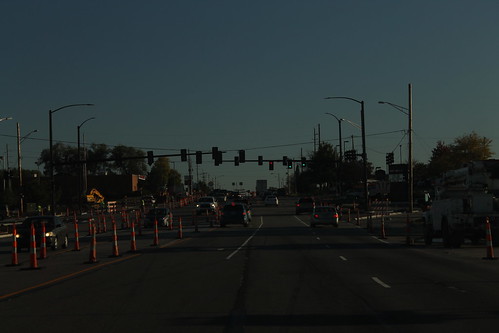 We're in the home stretch of construction at the intersection of 23rd (K-10) and Iowa (US 59 in Lawrence. Only the Southeast quadrant of the intersection needs to be finished. Also, the new signal poles have been installed. Right now, the temporary span wire units are still in use. 14 October 2014 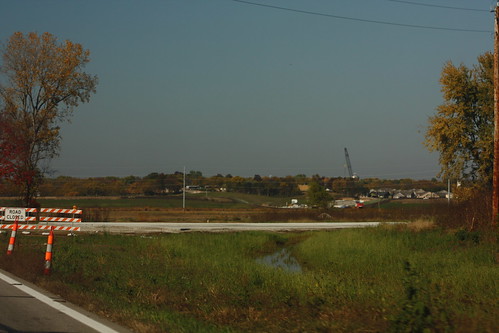 The new Portland Cement alignment of Haskell Avenue diverts from the current route just north of the Wakarusa River bridge. In the background is the embankment for the South Lawrence Trafficway (K-10) 25 October 2014 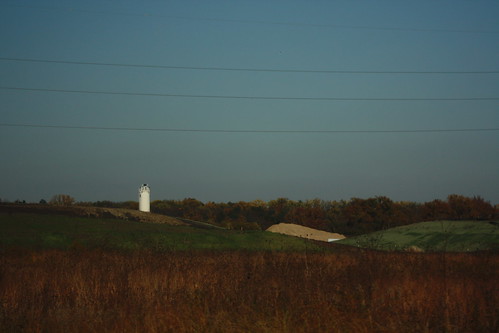 Here's a closeup of the embankment that will be part of the South Lawrence Trafficway. (K-10) The gap in the embankment marks the location of the new Haskell Avenue. 25 October 2014