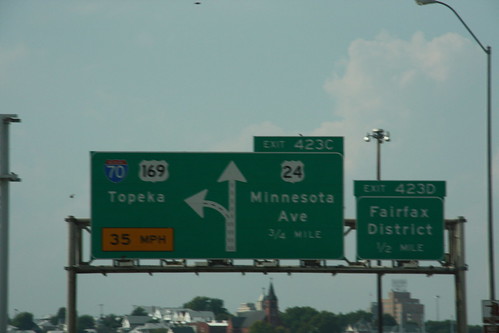 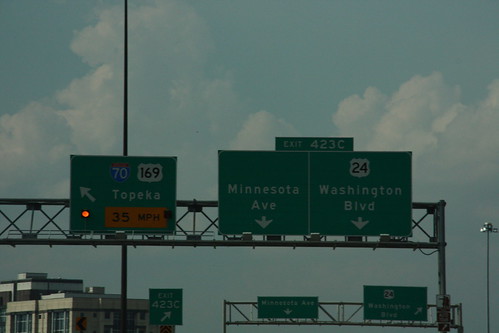 If the first sign didn't catch your attention regarding this 35 MPH curve on I-70 coming off of the Lewis and Clark viaduct, than maybe the alternating yellow lights will grab your attention. 20 September 2008
Links:US 24, US 169 An oversized reassurance marker for I-435, US 50, and US 169 between the Antioch and Metcalf interchange. It is interesting that the elected to add a US 169 marker here, as the plan called for US 169 to be re-designated onto I-35 and the Shawnee Mission Parkway. On the gantry just before the Metcalf exit on I-435 eastbound, there is an oversized trailblazer for US 169. For the time being, US 169 is still on Metcalf between 435 and Shawnee Mission Parkway. However, 169 will eventually be re-routed.