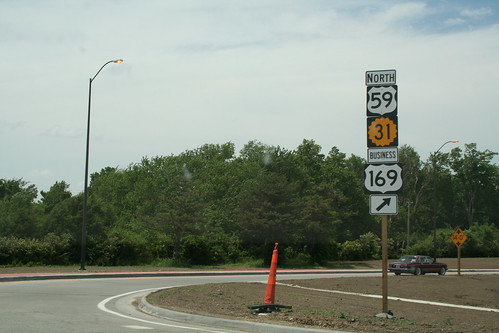 Each of the legs on the roundabout south of Garnett have signage indicating the direction of exit. The third sign is for northbound US 59, K-31, and Buisness US 169. 28 May 2006 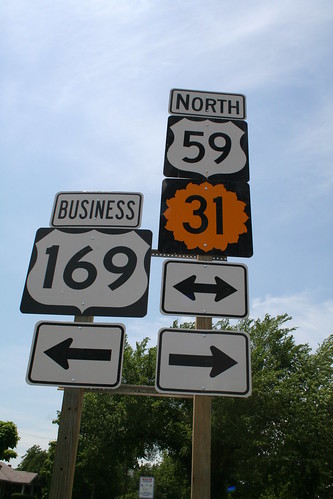 The north junction of US 59 and K-31 with Business US 169 in Garnett looks a bit confusing. The "North" Direction sign and the right-hand arrow should be taken down. This mis-match of signage is probably left over from construction that temporarily closed a portion of US 59/K-31 south of the junction. Compare the sign assembly to this Photo taken in 2012 28 May 2006 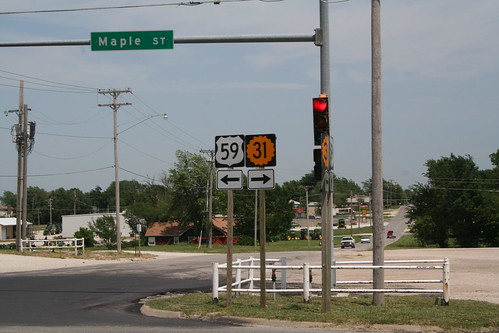 At the North Junction of US 59 with K-31 in Garnett, this sign facing traffic on south/eastbound K-31 shows US 59 to the left and K-31 to the right. However, the left arrow should actually be a double arrow, as US 59 goes north and south through the intersection.. 28 May 2006 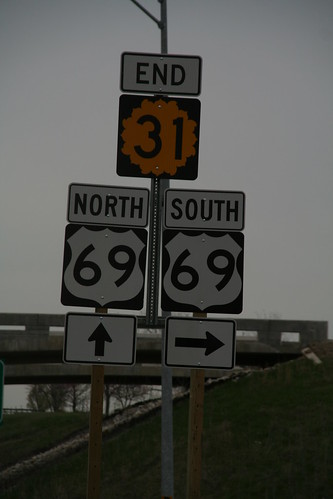 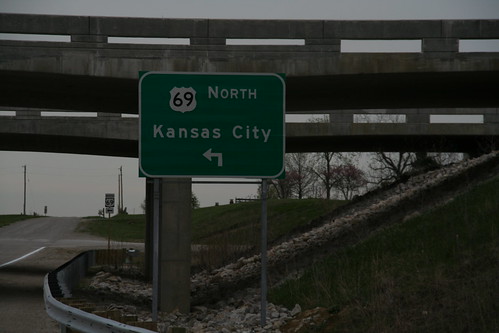