Sign for I-470, I-335, US 75, and the Turnpike from Topeka Boulevard in South Topeka. Note the "KANSAS" imprint. KDOT continues to use the state name on most of its ground-mounted interstate signs. 2 July 2000 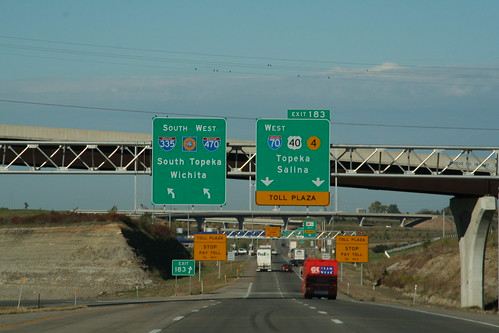 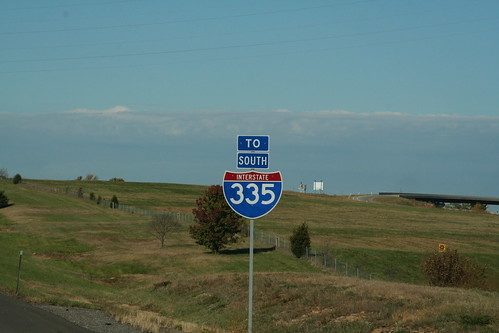 Right after the departure of I-70 from the Kansas Turnpike at East Topeka comes a sequence of two signs. . The second is a reference to the highway number that will continue the Turnpike to Emporia, I-335. Between East Topeka and South Topeka, the Turnpike carries the I-470 designation. 20 October 2006 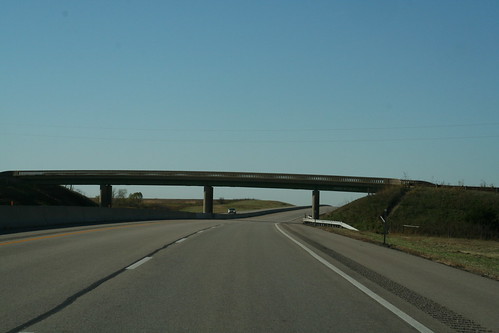 Many bridges across the Kansas Turnpike, such as bridge 156.553, in Osage County, still exist from their original construction of the Turnpike. They are distinguished by their simple girders and the 1950's style concrete railing. 20 October 2007