We had quite the crowd for the Lawrence Santa Fe Depot rededication last Friday, February 22. 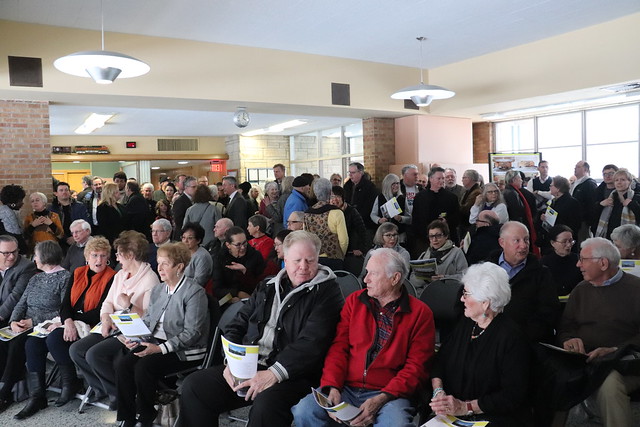 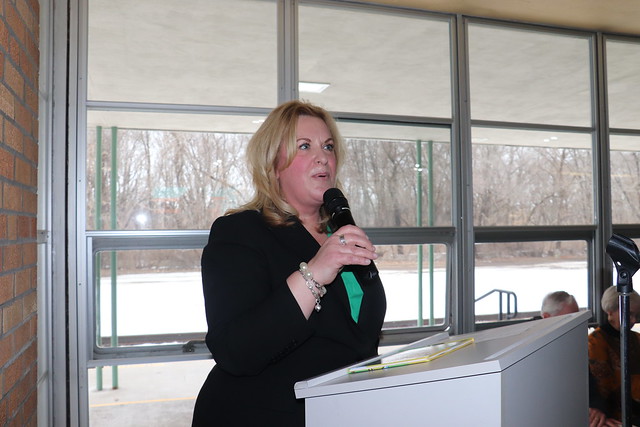 The Master of Ceremonies was Assistant City Manager Diane Stoddard, who was the point person from the city in their efforts to acquire and restore the station. 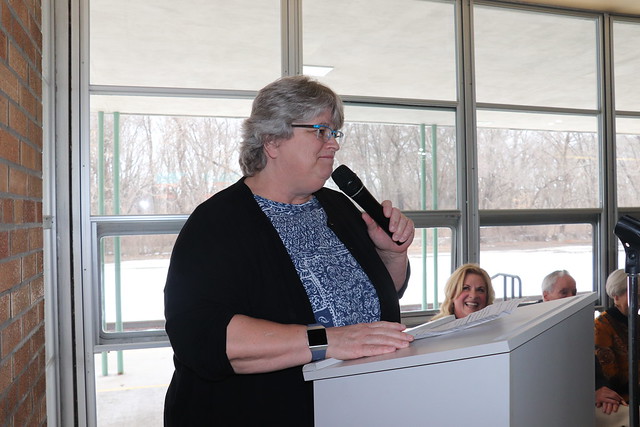 Of course, the current Mayor, Lisa Larson, also had her remarks. 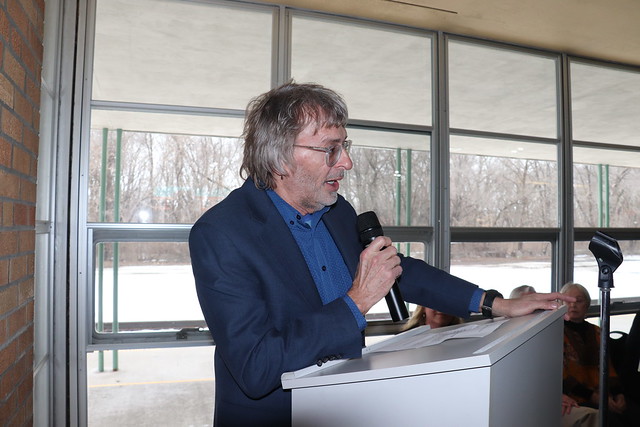 From the state, we had the KDOT rail and freight manager, John Maddox. 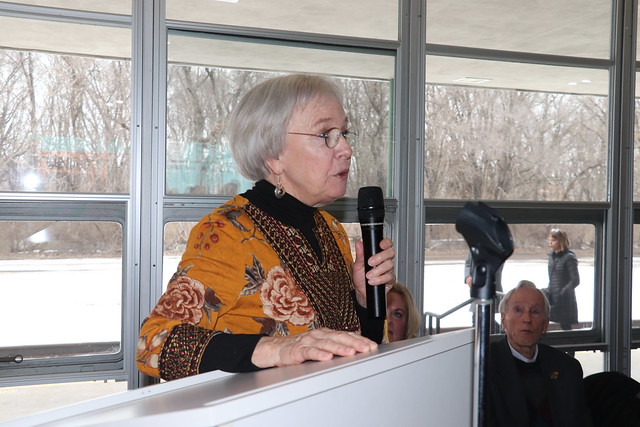 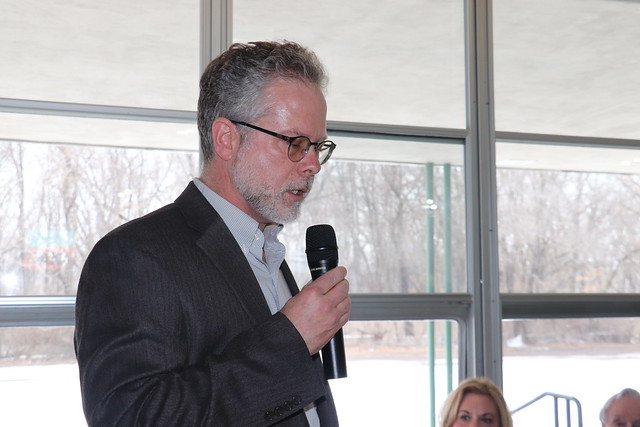 Tom Harper spoke on behalf of Lawrence Modern. He is also member of the Depot Redux board. 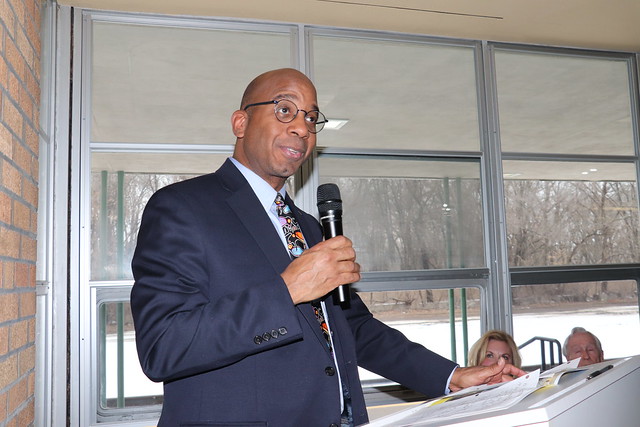 Representing Amtrak were Derrick James, the director of Government Affairs… 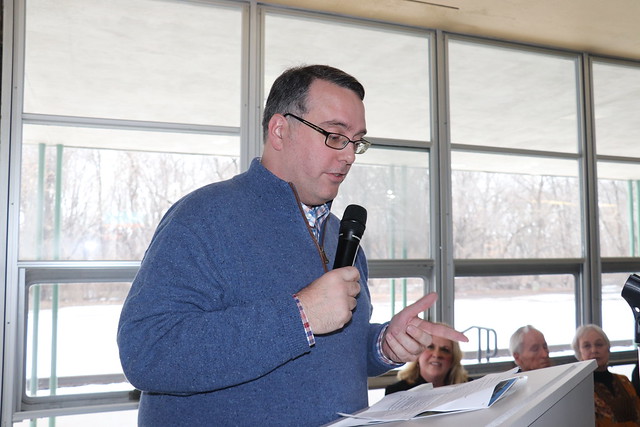 … as well as Patrick Kidd of Amtrak’s internal communications 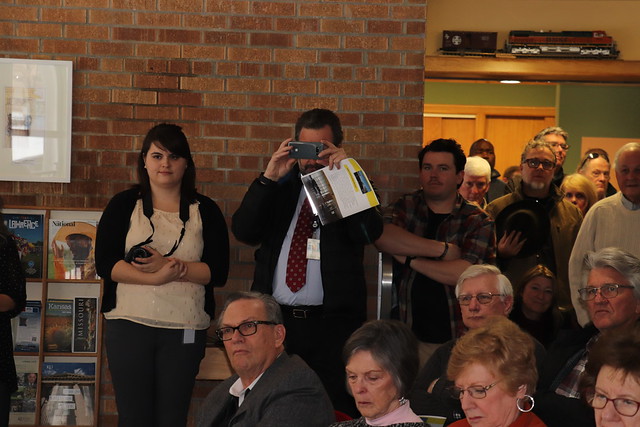 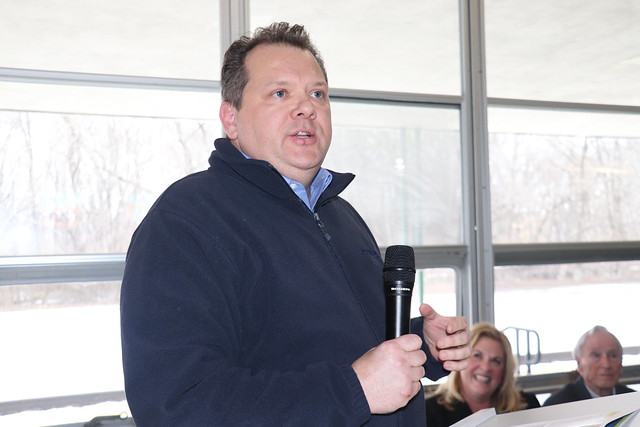 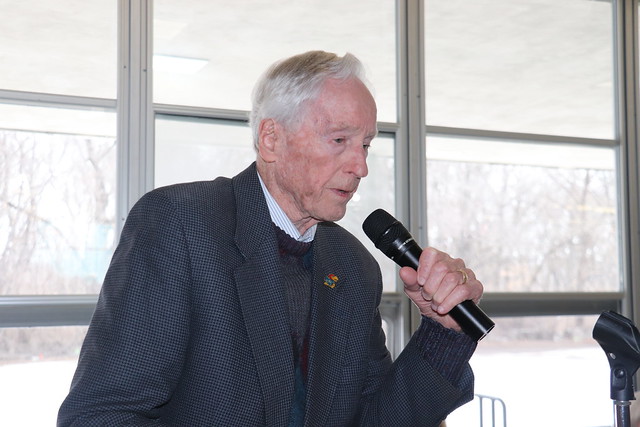 Warren Corman, co-architect of the Lawrence station, told a story about how he presented the station design to the Santa Fe brass. 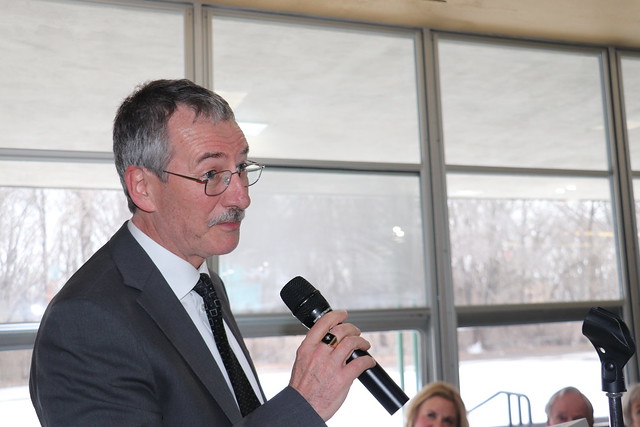 Stan Hernly was the lead architect on the restoration project 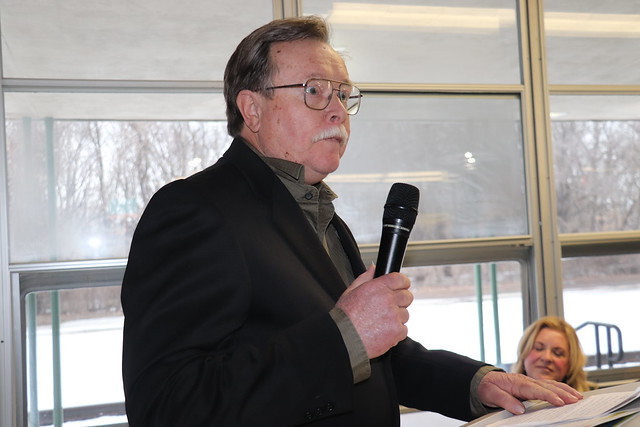 Finally, we have Dennis Brown of the Lawrence Preservation Alliance.

For the number of speakers at the event, no one could consider it boring.