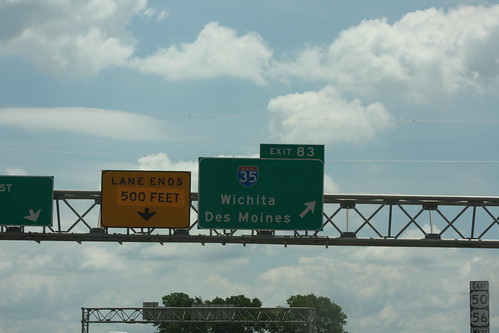 Second of Two: as part of current construction of the Johnson County Gateway project, the right lane on eastbound I-435 has been closed about a quarter of a mile before it normally drops off at the I-35 interchange. The "Lane Ends" sign has been overlaid, with "500 Feet" replacing "1/4 mile." The contractor who applied the overlay did so in a clearly haphazard way. 25 June 2014 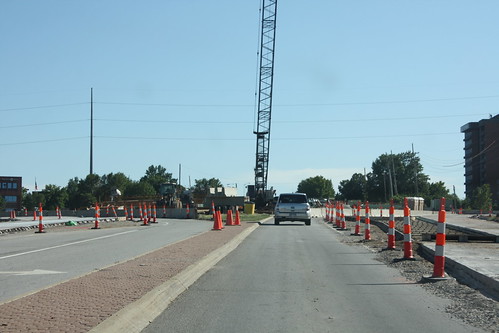 Construction of the new DDI interchange on Roe over I-435 in Overland Park has meant the removal and replacement of the bridge. During construction, the interchange ramps have become a de facto right-in, right-out configuration. 6 September 2014 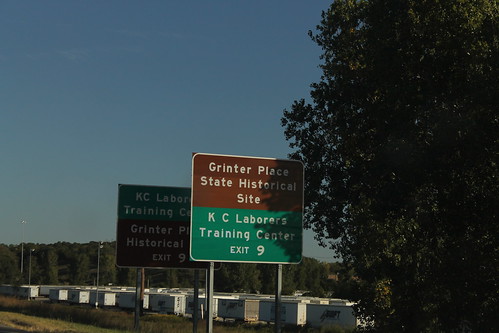 With this destination guide sign on I-435 in Wyandotte County, the order of the destinations has been reversed. 4 October 2014 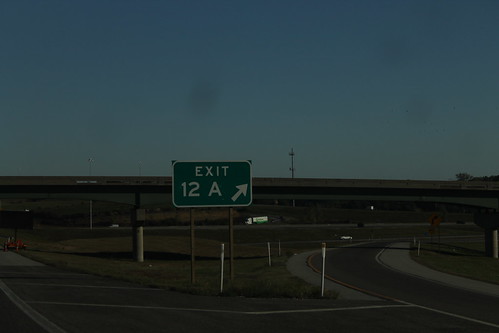 The new exit gore signs along I-435 conform to the 2009 version of the Manual on Uniform Traffic Control Devices. Apparently, one of design changes is that, for exits numbers that are supplemented with a letter (such as this example) there is a space between the number and the letter. Thus, the exit number is styled '12 A' instead of '12A.' 4 October 2014 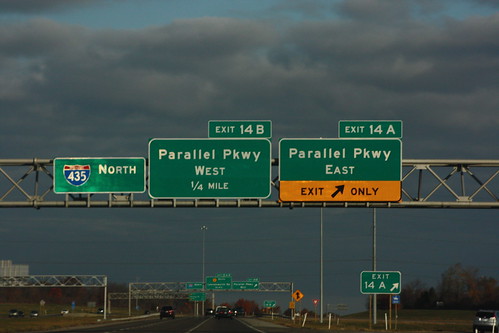