[All this happened before I broke my foot]

The first Sunday of the month usually means cleaning the BNSF station in Lawrence. But first, I needed to get outside and catch some trains. Because of my ‘appointment,’ I elected to stay close to town and went with the UP Kansas Sub.

I hauled myself over to Laptad’s Corner, and parked myself on the east side of the crossing. At 11:14, the bells started ringing for a westbound autorack led by 7443 and 7247.

Once the first train cleared (with DPU 7633 on the rear) I noticed up by the Midland grain elevators a set of coal cars heading my way. I managed to get a faraway shot of the lead units on the eastbound going by the end of the autorack.

The lights didn’t get a chance to go off, and the gates started coming back down just as soon as they had made their way up. Meanwhile, I set up for the “wedge” shot of the coal drag, led by 6863 and 6211.

Normally, the eastbound coal trains on the Kansas Sub are in a 2×1 configuration. [Two locomotives on the front of the train, one pushing] However, this coal train wound up being 2×2 instead.

After the coal train left, I went to get lunch and take care of a few errands. Around 12:45, I wound up turning around in the Riverfront Park parking area, and noticed an eastbound approaching the nearby crossing and caught a eastbound autorack with a UP GEVO and a KCS ACe.

After this autorack train left, I returned home to pick up a critical item…. a rabbit-ears antenna. It, combined with a small TV borrowed from my Uncle Marty, allowed me to keep an eye on the football.

And, of course, while the Chiefs were mopping the floor with the Raiders, we mopped the floor of the depot.

The rabbit-ears at work in the Depot.

And, when I got home, some split-screen action with the Chiefs-Raiders and Broncos-Chargers

Thumbnails of other photos in this set: 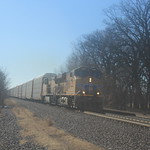 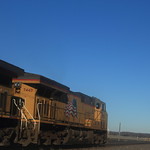 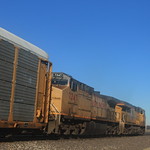 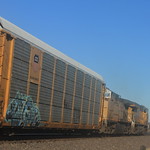 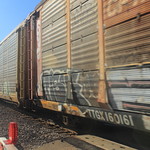 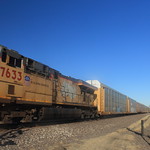 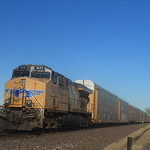 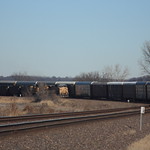 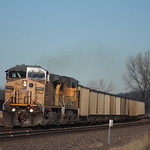 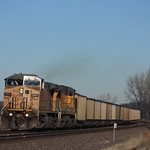 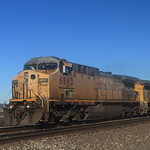 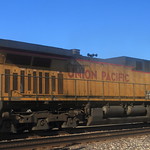 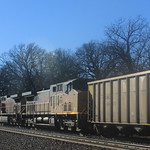 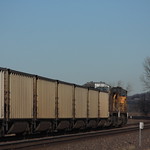 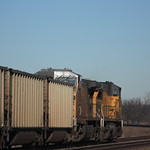 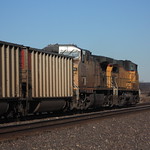 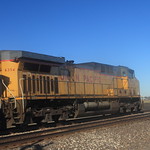 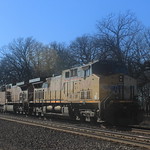 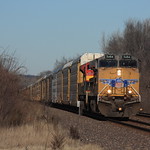 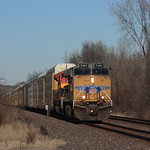 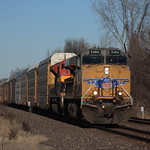 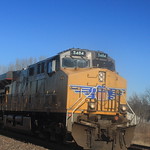 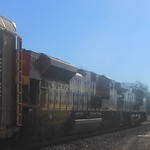 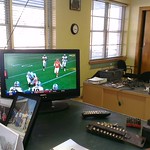