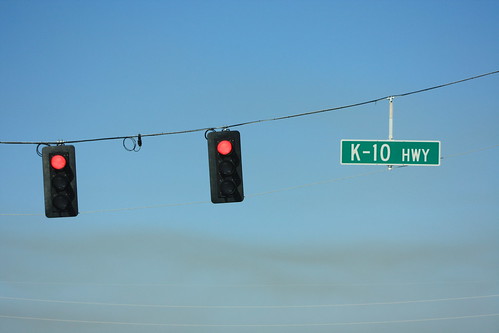 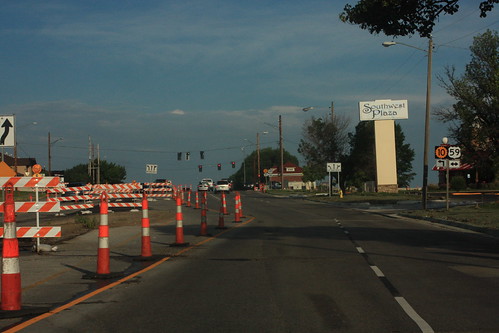 One of many summer features in Lawrence for 2014 is the reconstruction of the intersection of 23rd and Iowa. While there are two lanes on westbound 23rd (K-10, eastbound Clinton Parkway, as well as Iowa Street (US 59) are down to one lane. 14 June 2014 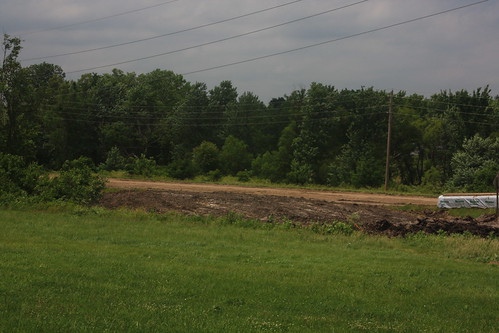 It's only been a couple of weeks since KDOT Closed 31st Street west of Louisiana, and already the pavement has been dug up. In addition, grading for the relocated 31st Street is underway. The relocated road is part of the South Lawrence Trafficway project. 14 June 2014 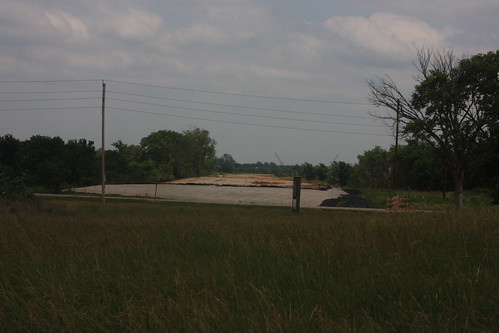 By far, the most controversial aspect of the South Lawrence Trafficway is the filling in of the Baker Wetlands. As shown here, that part of the project is now underway. This grading will be the relocated 31st Street. The existing 31st Street will be unfilled and control of its right-of-way returned to Haskell Indian Nations University. 14 June 2014 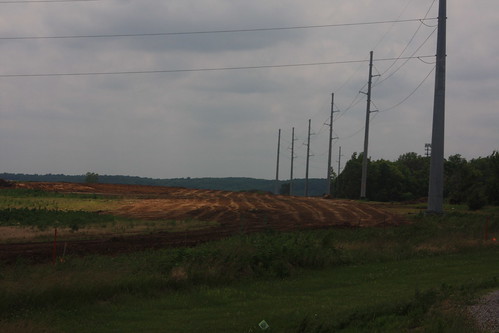 This is where the actual South Lawrence Trafficway will pass across the Baker Wetlands. The powerlines have been relocated, but the roadway itself hasn't been graded. 14 June 2014